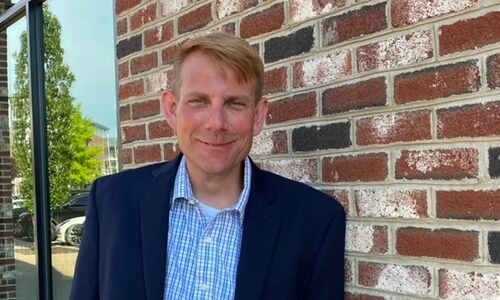 Robert Crawford serves as the Deputy Director of Partnerships and Innovation for The Education Alliance. In his role, Robert is responsible for sustaining federal programming initiatives that support student success, including the Alliance’s AmeriCorps Mentor program. He also engages with statewide stakeholders to promote successful existing school-business partnerships and to help advance new and innovative, learner-centered approaches that strengthen student learning outcomes.

Robert has 25 years of experience working in the field of education. Prior to joining The Education Alliance in June of 2022, Robert served five years as the principal for an internationally recognized Spanish-English Dual Language Immersion school. The school served as an AmeriCorps member site, integrating reading intervention supports. Preceding his principalship, he served as an assistant director in the Office of Federal Programs for the West Virginia Department of Education. His other educational work includes classroom teaching and mentoring at each of the three K-12 programmatic levels.

Robert holds a Bachelor of Arts Degree in both Spanish and Political Science and a Master’s Degree in Teaching, all from the University of Louisville. He earned his Graduate Certificate in School Principalship from Marshall University. Robert is an advocate for second language learning and is a fluent speaker of Spanish. He has served in leadership roles and on advisory boards for national organizations including the National Council of State Supervisors for Languages and the International Spanish Academy Advisory Council. He and his wife Rebecca relish the opportunity to support their three children Natalie, Nicholas, and Regan as they grow.