Our annual EDTalks is back and in-person for 2022! This year’s EDTalk will feature Keynote Speaker Chris Grassie, Marshall University’s Head Soccer Coach and 2020 National Champion. Coach Grassie will offer perspective on Recruiting West Virginia’s Youth for Our Future.

This year’s EDTalk will feature our first ever audience of students! We invite business and community leaders to join us for an inspiring discussion on what West Virginia has to offer tomorrow’s leaders. Each of our EDTalk speakers has a unique perspective regarding this issue.

Register now and stay tuned for more information regarding EDTalks and make plans to join us on June 29.

Chris Grassie is an English soccer coach who is currently the head coach of the Marshall University men’s soccer team. During his tenure as coach of the Herd, he led the program to its first 2 Conference USA titles and the 2020 NCAA National Championship. Grassie began his coaching career as an assistant at his alma mater, Alderson Broaddus University in Philippi, West Virginia. After situs slot gacor one season, he became a graduate assistant at Marshall University under coach Bob Gray from 2004-2006. In 2017, he became head coach of the Marshall Thundering Herd on January 10, 2017. Days after winning the 2020 NCAA Tournament, Grassie was recognized as the United Soccer Coaches College Coach of the Year for the season and was given a five year contract extension through 2025. READ MORE.

Mikayla Dent is the owner and founder of Ooh La Lucy, a fashion boutique based in Charleston, WV while also serving customers all over the country through her online store. The up and coming entrepreneur grew up in West Virginia and received her degree in fashion merchandising and integrated strategic communication from the University of Kentucky. She came back to Charleston to launch the boutique of her dreams and is taking the city by storm with her unique shopping experiences she offers. Mikayla Dent will provide an example of the daftar slot online kind of success that is possible for entrepreneurs in West Virginia at this year’s EDTalks.

Brian Casto is West Virginia’s 2022 State Teacher of the Year. He has been a leader in education for 13 years and holds a bachelor’s degree in social studies (grades 5-12) from Marshall University. He is a teacher at Milton Middle School in Milton, West Virginia, where he teaches eighth-grade West Virginia studies. In fact, he actively creates animated videos about West Virginia’s history for educators around the nation. In his spare time, Mr. Casto coaches youth baseball, enjoys serving at his church working with teens in the youth group, and exploring the state with his wife and three kids. Brian Casto is an effective and innovative educator, making him an important voice to hear from for this year’s EDTalks. 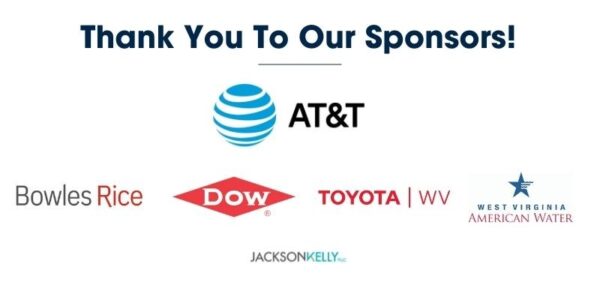 Register for Event: EDTalk® on Recruiting West Virginia’s Youth for our Future